Both systems were positioned at a distance of 20 cm above the skin at a slightly oblique angle to avoid reflections from the electrode cover glasses. The red distance-measuring laser of the LSCI was blocked using black tape to avoid interference with the TiVi measurement. One electrode chamber was filled with SNP. The other electrode chamber was filled with NA. After a baseline measurement of 2 minutes during which measurements were made with LSCI and TiVi, NA was delivered by anodal iontophoresis for 10 minutes with a current strength of 0.

These delivery protocols have previously been shown to minimize non-specific vasodilatory responses [ 2 ]. After the drugs had been delivered, the electrodes were removed and the laser Doppler probes were repositioned at the drug delivery sites to measure the final perfusion response to both drugs during 1 minute. For one subject, no measurement could be made with LDF because of equipment failure. Twelve subjects 10 males , mean age SD In a separate group of 10 subjects 6 males , mean SD age For measuring the response to local heating with LSCI and TiVi, a transparent heater was fixed to the volar side of the forearm by double-adhesive tape.

The heater consisted of a 2 mm thick glass slide with a transparent heating foil Minco SA, Aston, France attached to its top surface. After mounting the heater to the skin, a flat thermistor was placed between the heater and the skin. The thermistor was connected to a digital thermometer to monitor the skin temperature. An LDF probe was positioned at a separate skin site, at least 5 cm from the heating glass. Both systems were positioned at a distance of 20 cm above the skin at a slightly oblique angle to avoid reflections from the glass. Unfortunately, for two subjects, TiVi images could not be analyzed because of too many reflections from the glass.

Ten subjects 7 males , mean SD age To obtain exsanguination, the subjects raised their arm above their head level for 1 minute. An Esmarch bandage was then tightly wrapped around the forearm, which was subsequently occluded by applying a blood pressure cuff around the upper arm with a pressure of mmHg. The Esmarch bandage was then removed and the forearm was positioned at the heart level. 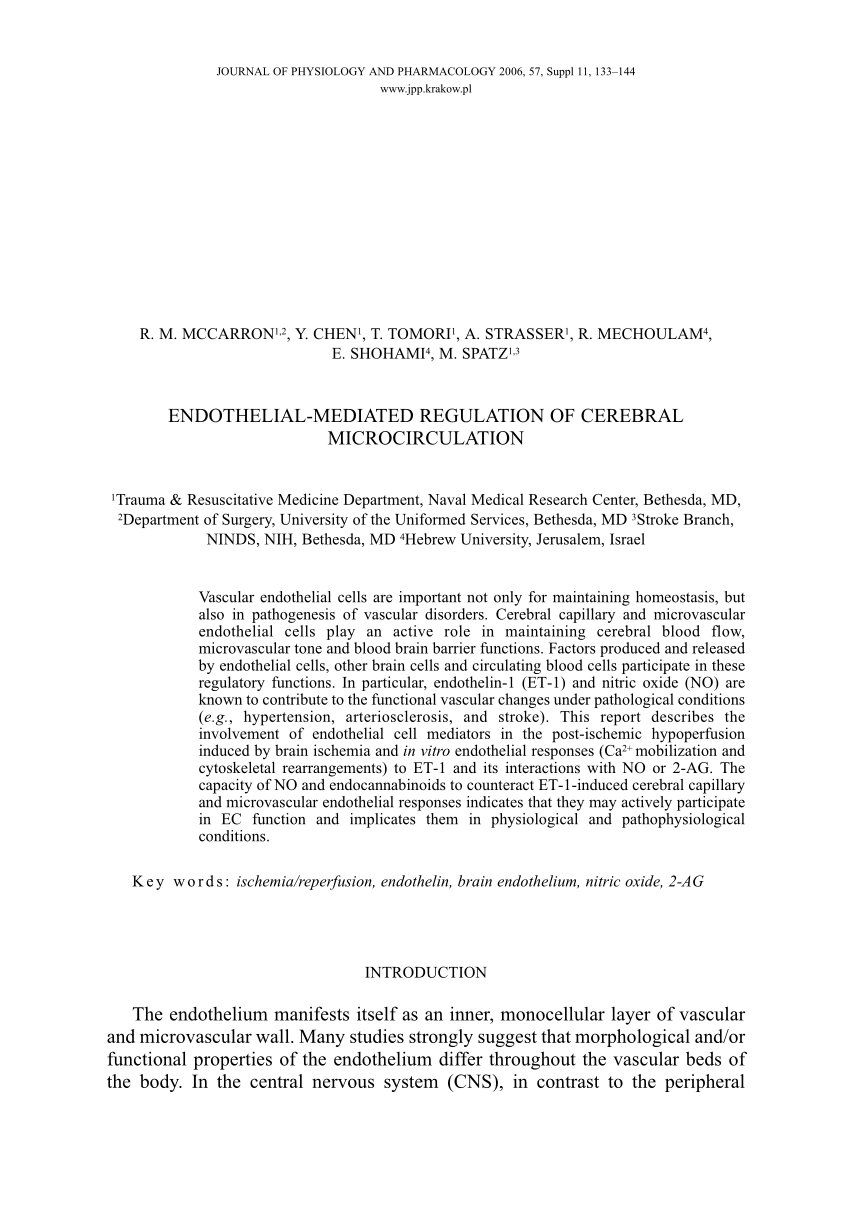 To assess the site-to-site reproducibility of the image-based techniques LSCI and TiVi , the absolute perfusion and RBC concentration during baseline were measured in two adjacent skin areas Fig 1 , sites 3a and 3c. Data was presented in terms of mean and SD. In experiment 3, one-way ANOVA was used to compare the responses to different provocations for repeated measures with Holm-Sidak's multiple comparisons tests.

The following responses were compared: 1 end of baseline and end of exsanguination 5 min ; 2 end of PORH1 and end of occlusion 5 min ; and 3 maximum response during PORH1 and PORH2 and the end of their respective prior baseline. The alpha level for statistical significance was set at 0. All statistical analyses were made with the aid of GraphPad Prism version 5.

The inter-subject variability in responses to SNP was The response during local heating was biphasic for LDF, with an initial peak after 3 minutes, followed by a slight decrease and a plateau after 20 minutes. The response with LSCI and TiVi was not biphasic but instead a rapid increase was seen during the first 2—3 minutes, followed by a more gradual increase in perfusion and RBC concentration, respectively. The inter-subject variability of the maximum response to local heating was The mean microvascular responses to exsanguination, occlusion and post-occlusive hyperemia are shown in Table 3.

No change in RBC concentration was observed after 5 minutes of occlusion without prior exsanguination. The inter-subject variability after 5 minutes of occlusion with prior exsanguination was The site-to-site variability during baseline as assessed using within subject coefficient of variation was 2. The main findings are that LSCI and TiVi have different sensitivities in detecting vascular responses to pharmacological and physiological provocations in the skin. While TiVi is more sensitive than LSCI in detecting noradrenaline-induced vasoconstriction in the skin, TiVi could not detect arterial stasis after total occlusion, without prior exsanguination.

These findings can be largely explained by the fact that the two techniques measure different aspects of the skin microcirculation. TiVi, on the other hand, is only sensitive to changes in the concentration of RBC in the skin during provocations [ 23 ]. The most commonly used technique to measure the response to vasoactive drugs delivered using iontophoresis is LDF [ 1 ]. LDF has a high temporal resolution, which makes it very suitable for monitoring the dynamics in skin perfusion, including those that occur as a result of vasomotion [ 25 , 26 ].

However, LDF has a number of limitations. The technique measures perfusion in a single skin site, and spatial variations in perfusion can therefore not be directly measured without moving the probe. Also measuring vasoconstrictor response in the skin in terms of decrease in perfusion, as LDF does, is difficult [ 27 , 28 ]. This is because the skin perfusion in its resting state is relatively close to the "biological zero", i. Also, because of the lower amount of blood cells in the capillaries during vasoconstriction, the laser light tends to penetrate more into the vessels of the subdermal plexus, where the changes in perfusion may be smaller [ 29 ].

In agreement with previous studies in which LDF was found insensitive to measure vasoconstrictor responses, the results of this study showed that both LDF and LSCI failed to detect a decrease in perfusion during iontophoresis of NA. TiVi, which is not based on measurement of perfusion but rather on the concentration of red blood cells in the skin, has previously been found to be more sensitive than LDF in measuring vasoconstriction induced by increasing doses of NA delivered by iontophoresis [ 31 ].

The results of this study are consistent with these previous findings. TiVi was able to detect a small but consistent decrease in RBC concentration when a single dose of NA was delivered to the skin during a longer period of 10 minutes. The results of this study and previous studies therefore suggest that with TiVi as a measurement technique, responses to vasoconstricting substances can be measured in the skin without prior vasodilatory pretreatment.

Local cooling of the skin may result in stronger vasoconstriction, and underlying mechanisms may differ from those with drug-induced vasoconstriction. This highlights the importance of using the appropriate techniques depending of the type of microvascular response studied. Alternatively, when studying vasoconstriction in the skin using LDF, local cooling may be preferred over noradrenalin iontophoresis.

During iontophoresis of SNP in this study, all techniques could be used to detect a significant increase in perfusion and RBC concentration. The reason for this is not clear, but it may be related to absorption of light in the drug solution. We observed during the experiments that SNP forms an opalescent liquid layer between the skin and the iontophoresis chamber, which reduces the amount of light reflected from the underlying skin.

TiVi is based on the reflection of visible light, while the laser used in our LSCI system has a wavelength beyond the spectrum of visible light nm , and is possibly less affected by absorption of the drug solution in the electrode chamber during iontophoresis. Finally, it was noted in this study that the baseline RBC concentration, as measured with TiVi, varies substantially between individuals as a result of variations in skin pigmentation. Even though responses are presented as absolute changes from baseline, variations in the responses between subjects may still be in part caused by variations in skin pigmentation.

The microvascular response to a sudden increase in temperature is known to depend on at least two different mechanisms. It typically consists of an early peak followed by a nadir and a late plateau. The early peak is observed after three to four minutes and is mediated by local activation of cutaneous sensory nerves [ 35 ]. The late plateau is primarily mediated by the release of nitric oxide from the endothelium [ 15 , 36 ], as well as sympathic noradrenergic neurotransmittors [ 37 ].

In this study, only the biphasic reaction was observed when LDF was used as a measurement technique. Since both TiVi and LSCI failed to show a biphasic response, the differences in response cannot be only due to the differences between perfusion and RBC concentration during local heating.

The response differences may instead be related to the fact that the LDF probe has a diameter of 8 mm, whereas the heating glass used with the LSCI and TiVi experiments is substantially larger. This could possibly cause different temperature dynamics in the skin. In previous studies in which LDF and LSCI were used to measure the response to local heating, the dynamic perfusion response after local heating, as measured using LSCI, was only presented for single individuals [ 33 , 38 ].


It could be that on a group level, the typical initial peak followed by a nadir disappears. Exsanguination and total occlusion in the forearm are clinically used in surgery to the extremities. This is to enable operations in a bloodless field. When the occlusion is released, there is a strong vasodilatory response known as post-occlusive reactive hyperemia PORH. Many factors have been shown to be involved in the PORH response, including sensory nerves, myogenic and metabolic factors, prostaglandins and large-conductance calcium activated potassium BKCa channels, as well as nitric oxide [ 39 , 40 ].

The assessment of PORH in the skin has further been shown to be a sensitive indicator of atherogenesis, and recent findings suggest that the post-occlusive forearm skin reactive hyperemia response might be a valuable non-invasive method to stratify cardiovascular risk [ 41 ]. This less pronounced decrease suggests that a certain amount of RBC remains in the skin. The fact that significant perfusion was measured, in spite of total occlusion, can be explained by the biological zero signal.

This signal is the result of light scatter from moving particles in the tissue matrix, as well as by the residual movement of remaining RBC in the skin due to incomplete exsanguination. The second occlusion, which was done without prior exsanguination, saw a significant decrease in perfusion as measured by LSCI. On the other hand, a trend towards a significant decrease was seen using LDF.

This is consistent with our previous finding [ 12 ] in which no change in RBC concentration was seen after 1 or 5 minutes of arterial occlusion. These results suggest that there is no major redistribution of blood cells from the skin into deeper vessels during 5 minutes of arterial occlusion. The main measure of interest with most PORH provocations is the hyperemic peak, and all techniques in our experiments are able to detect this within the first minute after release of the cuff pressure.

This peak is in this study presented as a rapid increase in blood flow and RBC-concentration Table 3. The fact that TiVi is relative insensitive in measuring vasoconstriction during forearm occlusion is however important to be aware of when using the technique in PORH studies. Single-point LDF measurements in the skin have previously been found to have a large site-to-site variability, as a result of the heterogeneity of the dermal microvasculature [ 42 ]. A few millimeters of movement of the probe has been shown to result in significant variations in measured perfusion.

Physiology and Pharmacology of the Microcirculation: v.1 : Nicholas A. Mortillaro :

A lower site-to-site variability is therefore one of the main advantages of image-based measurement techniques, which are capable of measuring a microvascular response within a larger area of the skin. Inter-subject variability indicates the homogeneity of the response in different individuals.

The greater inter-subject variability of TiVi observed in our study should be taken to account when determining the study population size in the design of future experiments. This study has a number of limitations. The three experiments were performed using different subject groups, where male subjects were slightly over-represented. 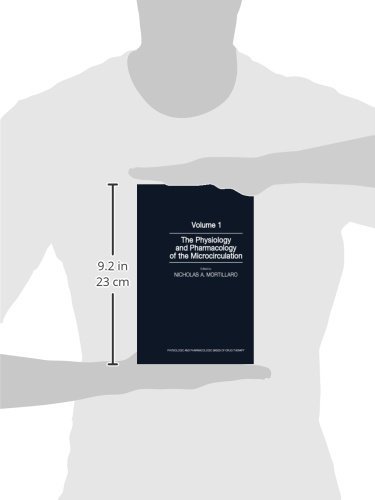 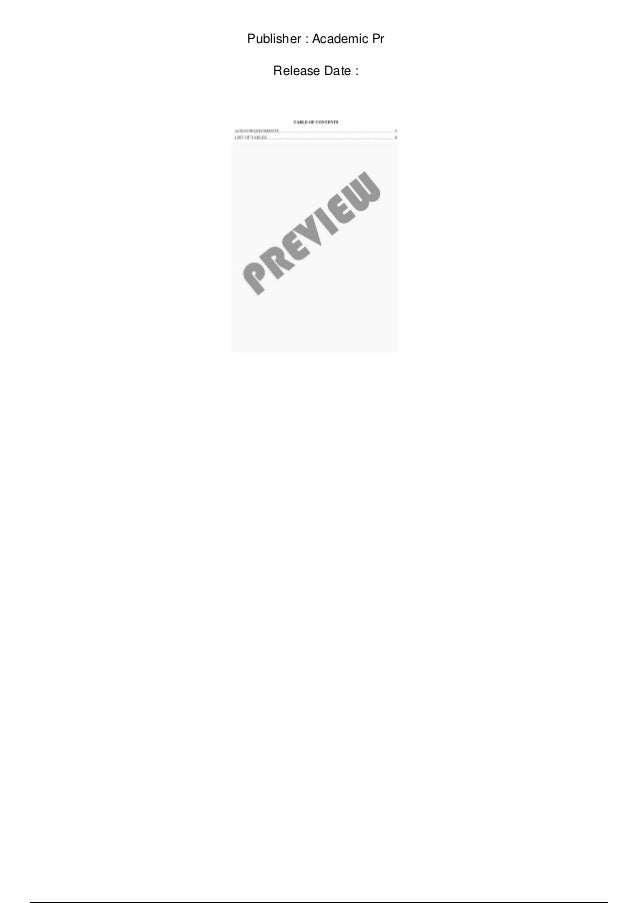 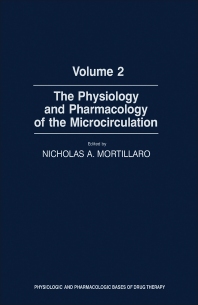 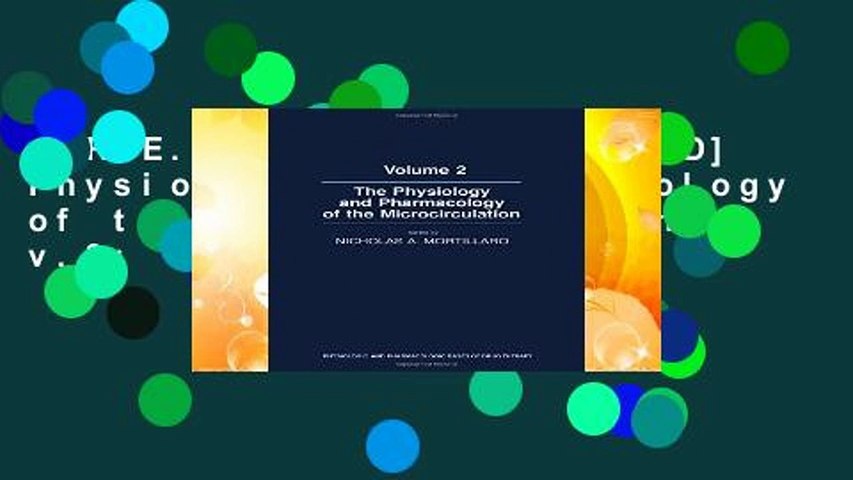 Related The Physiology and Pharmacology of the Microcirculation